Two weeks ago, Avisi gave me the opportunity to go to Devoxx in Antwerp, together with another intern and two colleagues and I had a great week! As a graduate intern from the HAN University of Applied Sciences I really didn't know what to expect, but it was just great.

Since I'm writing this mainly to inform other students, let me start off by explaining what exactly Devoxx is. Devoxx is a Java conference, held every year in Paris, London and Antwerp. Recently they even announced a new event: Devoxx Poland. It’s all focused on Java and the new technologies behind it. Each year, Devoxx Antwerp attracts around 3500 people (including international top speakers) from all over the world.

So, what can you expect when attending Devoxx?

Well, you have to be prepared to get up "early", as most talks start at 9.30 and you'll probably need to travel from your hotel to the Devoxx venue. Presentations are held all day, even during lunchtime. There's also presentations in the evening. So, yeah, a day at Devoxx is very busy, but very informative. At the end of the day, we usually went to explore Antwerp nightlife. Starting with a good meal, followed by some fine Belgian beers while meeting other Java enthusiasts from all over the world. There's a really good vibe and people are very down to earth and I had some really interesting conversations, for instance with a Google developer. After a few drinks, it's time to get some much needed sleep as the alarm goes off early next morning for another hectic Devoxx day!

Like I said, I really enjoyed Devoxx and I have learned so much, I don't even know where to start telling about all the stuff I've learned. Therefore, I will just point out some highlights. 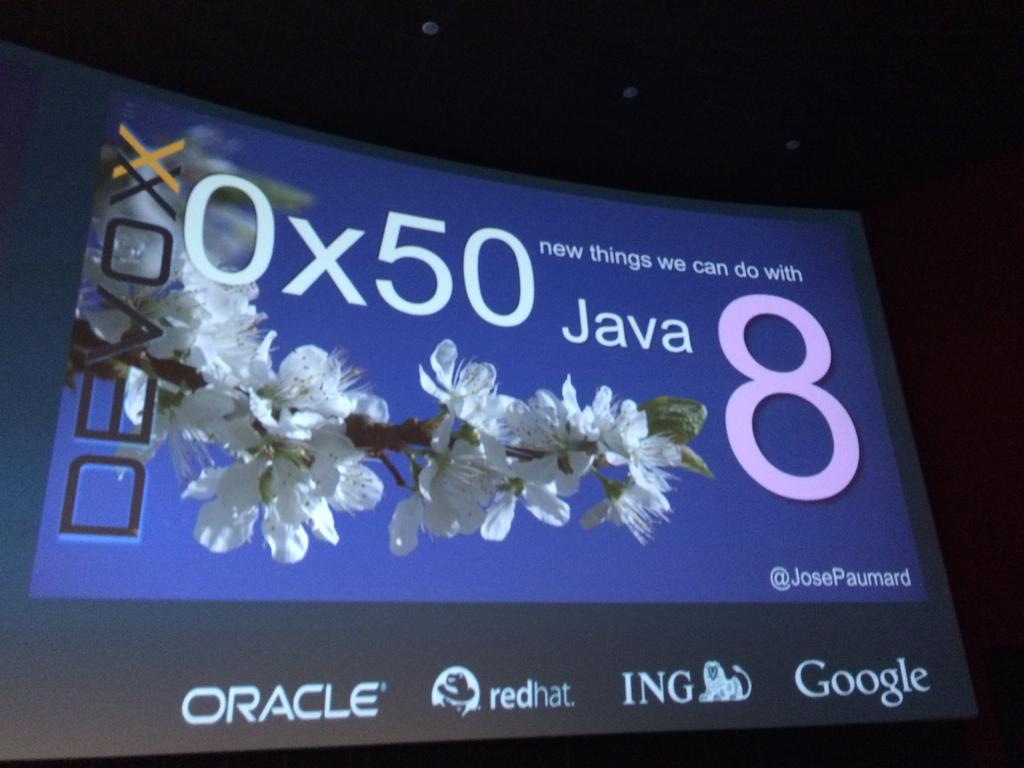 Pitest is a simple plugin that hooks into Maven, that will do some mutation testing. Mutation testing is conceptually quite simple. Faults (or mutations) are automatically seeded into your code, then your tests are run. If your tests fail, then the mutation is killed, if your tests pass, then the mutation lived. The quality of your tests can be gauged from the percentage of mutations killed. Pitest generates a report to see which mutations have been killed and which have survived. It puts a value on your written tests. It looked really fast and easy to use.

Beside Java 8 there were a lot of talks about Docker. Docker is an open platform for developers and sysadmins to build, ship, and run distributed applications. I would compare it to Puppet Labs without the install a Guest OS on a VM-image. Docker is very simple to set up. I was able to run my own graduate product based on Java and MongoDB in Docker.

Of course there is so much more to talk about, but I just wanted to give you an impression of how awesome Devoxx is, especially for students. For me Devoxx was a great experience and I'm glad Avisi gave me the chance to go there. If you're in doubt about going to Devoxx, just do it! You'll learn a lot and it keeps motivating you to make better products!

It was an amazing week. Hope to see you next year!