One of our software platforms uses LDAP to manage users and organisations. All application servers and webservers connect to the LDAP servers to verify user credentials and such. Unfortunately, after migrating to a new datacenter with new hardware, we discovered some errors in our logging from time to time:

These errors occurred sometimes at random, with two interesting observations: 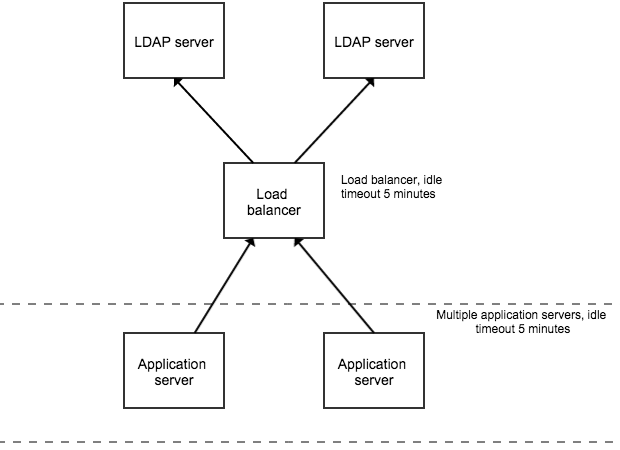 Next day, we looked at the logging to see if the error had occurred during night. Unfortunately, it did.. We had to start over all again. This time, we decided to verify our facts. Before the migration, nobody complained about anything that led us to this problem, but did it really not occur? With some research, we found out it did! Much less than it did after the migration, but it did. Much less sounded like much less because the idle timeout was much higher. But there was no reason why a timeout of 7 minutes would give other results than a timeout of an hour, as far as we knew.

616 open connections on a test environment?! That is way too much. It was time to dig in the code. We discovered the following.

In the controlled test environment it was easy to test our change: Make sure with lsof -i :ldap that the application server has no outstanding connections to LDAP, and do some request. Verify some connections are made, and take a coffee to wait five minutes for the connections to disappear. And? Of course, no good luck again, we started to hate the problem..

The Java LDAP connection pool has some useful debug logging which can be turned on with setting the system property "com.sun.jndi.ldap.connect.pool.debug" to "fine" or "all" (for a ridiculous amount of logging). The logging showed for some of the connections the following:

Some connections did not get closed in the application code, but later on by the Finalizer (garbage collection), a resource leak. After some search, one of the parts of code that contained a resource leak was the following (bit simplified):

Looks good. But the getSearchControls method contains a dangerous setting:

This setting gives to access to underlying SearchResult object using searchResult.getObject(). For some reason you have to cast this to an LdapCtx, and than call close on it, if setReturningObjectFlag(true) is called.

Another resource leak we had was with requesting attributes, a quick overview of objects that have to be closed with the Java LDAP library:

To conclude, the standard Java LDAP library is old and contains much opportunities to create resource leaks. If you can, it might be a better idea to pick another LDAP library. 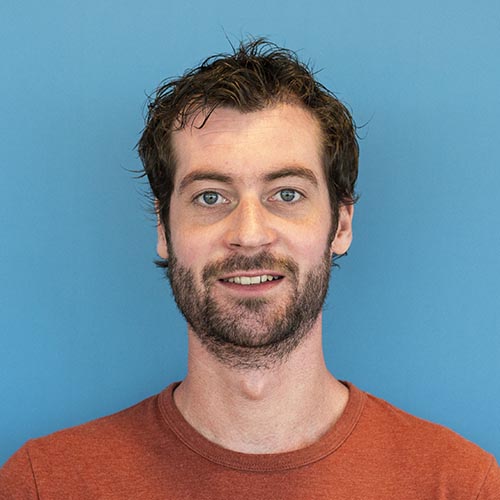